A favorite pastime of violent islamists in Denmark lately is to stage courtroom riots whenever one of their ethnic fellows is convicted of violating one of those silly infidel laws.

Danish police then arrive with their dogs - Bowser Wowser!
Posted by Don Sharpe at 1:48 PM No comments:

Take a walk with Tommy Robinson through his hometown of Luton, UK.  An Australian '60 minutes' crew accompanied him and recorded the reaction of muslim leaders from some of the 19 mosques that exist in what has become an islamic ghetto.

Posted by Don Sharpe at 8:41 AM No comments:

How to behave during an Islamic Massacre 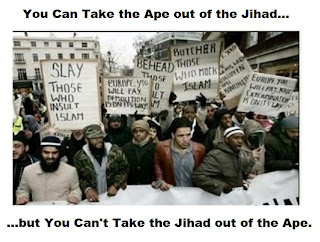 It's common sense - there's every reason to ban the burka.

With the rising numbers of muslims in London, England - there are now parts of town where women cannot go without covering their hair - for fear of harassment from muslim men and women.

The problem isn't small numbers of so-called 'moderate muslims' - the problems happen when the tipping point of muslim population is reached - then they start thinking they can call the shots.
Posted by Don Sharpe at 10:56 AM No comments:

Absolutely insane - BCHRT thinks $22K is 'fairness' for hurt feelings.
"Take my lesbian heckler, please."
Posted by Don Sharpe at 5:21 AM No comments:

It's risky to be working with the mentally ill . ... 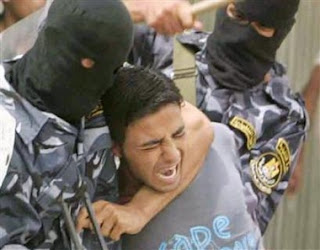 Vittorio Arrigoni believed there was a place called Palestine. Jihadists killed him anyways.  Jihadists who thought Hamas was too 'moderate'.  As if that were possible.

Ann Barnhardt writes in the American Thinker that the The Keystone of the Islamic Milieu is Inbreeding. She believes that as a direct result, Muslim populations are mentally disabled on a massive scale.  Reproductive Health Journal reports that consanguinity in some Muslim countries, (including the muslim population of the U.K.) exceeds 55%.

55%?  That's Retarded . . ...
Sounds like 'Vic' was a terrific guy, a little misguided maybe, but he gave up everything for a cause he believed in.  He didn't deserve to die like he did.
Posted by Don Sharpe at 1:04 PM No comments:

Why are we paying islamists to plot the demise of democracy?
Millions of tax dollars paid by Canadians and citizens in other democracies around the world are going to welfare-cheating muslim polygamist families . 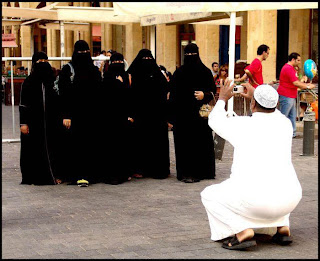 In Germany muslims are 4 times as likely to be receiving welfare as non-muslims, and in Denmark muslims comprise 5% of the population but suck up 40% of all welfare handed out.
This story isn't even new, as this news article from Feb/2008 shows.
Posted by Don Sharpe at 5:50 PM No comments:

Stephen Schwartz visits Toronto and says 'islam is fine'.
He confirms his Center for Islamic Pluralism has it's own dynamite kool-aid. 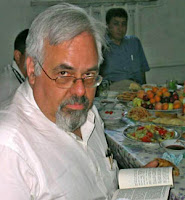 I'm Steve, I'm smarter than you.
The comments? Overwhelmingly negative.
Like this one:
"Empty words to justify islam and 'Koranimals' to the West are just that.  For every 10 so-called harmless muslims there's at least 1 hardcore islamist, and most of the 9 won't lift a finger to protect Canada when that one acts 'in the name of islam'.
Spare me the rhetoric, islam is an ideology more akin to facism than democracy. Tolerating any amount of islam ANYWHERE IN THE WORLD is foolish."
Another comment links to an alphabetical listing of Canadian Islamic Terrorists . . .... the comments are far better than the article.
Posted by Don Sharpe at 7:25 AM 3 comments: