Gates of Vienna finds the new year holds more than just a new book from Geert Wilders on Islam. 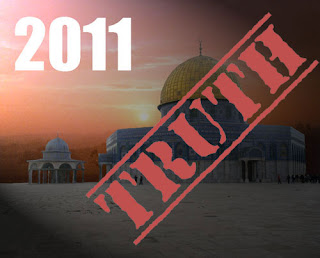 Islam today is a politico-religious system based on the principle of slavery.
The goal of Islamic ideology, as depicted in its fundamental texts, is to enforce, willingly or not, Sharia law upon Humanity.   Sharia law contains the obligation of Jihad, to wage it . . ...

Read the rest HERE:
Posted by Don Sharpe at 12:59 PM No comments:

10. Support Canadian and coalition troops – kill our enemies wherever we find them.
This means not supporting the Canadian Red Cross, as they continue to fund and train Taliban terrorists who are trying to kill our soldiers.
http://www.guardian.co.uk/world/2010/may/25/red-cross-first-aid-taliban

9. Stop muslim immigration – and stop all immigration from islamic-run countries.
Islam, in its radical form, is simply incompatible with Western liberal democracy. Sorting the Muslim sheep from the Islamic goats is a process far too complicated to be undertaken on a mass scale. So, for the moment, it makes sense to say that no one from the cesspools of Islamic thought should be allowed into Canada. There are plenty of deserving, terror-phobic, potential immigrants who would be more than happy to take those places opened by a ban on Islamic immigration.
http://jaycurrie.info-syn.com/thinking-about-islam/

8. Support development of the Alberta Oilsands – let’s quadruple production.
The most ‘Ethical Oil’ on the planet, and the engine of Alberta’s economic recovery.
http://ezralevant.com/2010/09/ethical-oil-the-case-for-canad.html

7. Stop the various so-called Canadian Human Rights Commissions – that includes working to get their selective-pandering mausoleum in Winnipeg cancelled and sold to a private investor.
http://blazingcatfur.blogspot.com/2009/04/modern-day-tower-of-babel.html

6. Be a good neighbor – spend time getting to know and helping my neighbors.
Time spent working locally as a volunteer is an investment in self.

5. Communicate effectively with my elected officials – at the same time, working to reduce the government footprint in my life.
Writing letters, commenting on news stories and maintaining my blog!

4. Support Israel – and Israeli goods - Divest This!
Every time there’s a boycott of Israeli goods, I’ll be there supporting the opposing Buy-cott!
http://buycottisrael.ca/alerts/

3. Counter-protest any pali-parade - If one of ‘em gets in my face, I’ll be ready.
How effective are counter protests? If the Jew haters & Pali’s want to march again in Calgary, I’ve got my sign ready. . … Maybe a trip to NYC to protest the Ground Zero mosque in 2011.
http://blazingcatfur.blogspot.com/2010/05/ali-mallah-cupe-union-thug-assaults.html

2. Spend more time with my wife and kids – Supporting them and loving them.

Happy New Year - to all the bloggers who've been my inspiration and support this year!
Posted by Don Sharpe at 10:32 AM 2 comments: