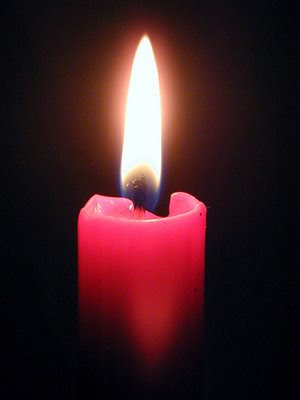 Merry Christmas to you and your family, from our family here in Calgary.

Remembering those who can't be with us this Christmas time. We pray for your safe return to Canadian soil.

God be with you and comfort you this Christmas.
Posted by Don Sharpe at 5:14 PM No comments:

Respect the Swiss decision - No Minarets!

*Update*
Gates of Vienna has a translated article from the Swiss periodical 'Winkleried' of the 'Ten Demands of Swiss Muslims' published just before the Swiss voted to ban minarets. It provides some useful background information on issues which may have helped the Swiss voters to make their decision.
---------------------------
Switzerland, the country with the lowest crime rate in the world.

500,000 working weapons, including assault rifles, exist in Swiss homes. These weapons are owned by citizens who were trained by the government in their use. Each year, the 'Tiro Federale in campagna', the largest sport shooting festival in the world, is held by the Swiss. Over 200,000 citizens participate, and the government picks up the tab for all of the ammo.

Stephen P. Halbrook wrote in the Wall Street Journal in 1998 "If there’s a Schuetzenfest (shooting festival) in town, you’ll find rifles slung on hat racks in restaurants, and you’ll see men and women of all ages walking, biking and taking the tram with rifles over their shoulders, to and from the range. They stroll right past the police station and no one bats an eye".

Dr. Halbrook also identifies the Swiss early intolerance of the Nazi's in his book 'Target Switzerland: Swiss armed neutrality in World War II'. "While most of the world paid little attention to the disturbing nature of the new German regime, the Swiss were repelled by Nazism. On May 12, 1933, the Swiss Federal Council (the collective government of the country, from whose membership one Federal Councillor is selected to serve as Federal President each year) prohibited the wearing of "Hitlerite" uniforms and insignia and subjected violators to imprisonment or deportation."

So now the Swiss have banned minarets. These minarets are powerful symbols which tower over a city, broadcasting the 'call to prayer' 5 times a day in islamic controlled regions of the world. Kathy Shaidle shatters the comparison some have made that these 'Bayonets of Islam' are no worse that church steeples in western democracies. "Minarets are not the moral equivalent of church steeples. Minarets are the moral equivalent of burning crosses".

While local columnists cry "xenophobic hypocrites!", I'll go with Ayaan Hirsi Ali when she says the Swiss vote to ban minarets was a vote FOR tolerance and inclusion. (h/t BCF)

Ms. Ali, the author of 'Infidel', writes in the CSMonitor that in the battle of ideas, symbols are important. Political ideas all have symbols: A swastika, a hammer and sickle, a minaret, a crescent with a star in the middle (usually on top of a minaret) all represent a collectivist political theory of supremacy by one group over all others. Ms Ali, who has broad experience as a former EU elected representative, states: "On controversial issues, the Swiss listen to debate, read newspapers, and otherwise investigate when they make up their minds for a vote."

Remember, Switzerland is a country without the same broad central government that other democracies have been reduced to, and their population is responsible enough, with enough civic virtue, to be both heavily armed and boast the lowest crime rate on the planet.

The Swiss are not intolerant, at least no more so now than they were in May of 1933. The majority of the Swiss population, 57% of the voting citizens to be exact, are simply farsighted enough to say 'No' to the building of minarets.
Posted by Don Sharpe at 8:24 AM 1 comment:

*Update*
Wondering if I'll ever be as clear, succinct and brave as Kathy Shaidle.
"Why should I be thrilled that some dude in a high chair and a black robe has been sufficiently cowed by people like me bitching at him, that he's now going to "grant" us something that is rightfully ours anyway?"

"The significance of (their) oversights cannot be overstated", quoted from page 7 of the decision by Justice E.C. Wilson. (h/t BCF)

Gerald Chipeur, lawyer for Stephen Boissoin, provides his summary analysis of the judgement here, at Freedom Through Truth. Mr. Chipeur writes "The decision of the Alberta Human Rights Commission to withdraw from the case suggests that the Commission learned from Dr. Lund's mistake."

For background watch Ezra Levant, (himself a victor over the HRC) explain the issue on the Michael Coren show, and at a fundraising dinner which my wife and I attended at the ECP Center in Calgary earlier this year.

"This is an incredible victory for freedom of speech and for all Albertans who want to share their opinions on the social and moral issues of our day," said Boissoin in the Calgary Herald.

Darren Lund, who originally filed the action against Stephen Boissoin almost 7 years ago, had this to say: "If our human rights laws say that writing like this is OK, that is very detrimental to creating safe communities, we are trying to create inclusive communities and this takes away the tools at our disposal and puts very vulnerable people at greater risk. It makes you wonder what are the reasonable limits on hate speech in Alberta?"

It seems pretty clear, the limits of hate speech are found in the Criminal Code, not in any HRC workbook. As Freedom Through Truth observes, the HRC initiative was 'ultra vires' (beyond their powers) regarding this case, or any of the others like it.

Hey Darren, these safe communities you're worried about are built by responsible, involved citizens. Safe communities are not built by the leftist elite sitting on commissions exercising over-arching powers that were granted in error by idiot burearcrats with no respect for the people they serve.
Posted by Don Sharpe at 7:32 AM 1 comment: