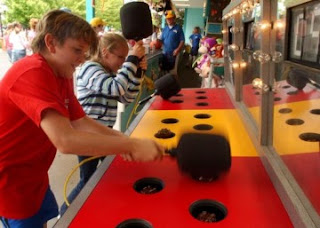 I first learned to love the game on the midway at the Calgary Stampede. As each mole pokes his (her? it's tough to tell with moles) head up, a mightly whack with a furry mallet drives the little bugger back down into it's hole. Very satisfying, the game goes faster until too many moles are missed or time runs out.

Seems that's where we're at currently with the CHRC. Gun-shy after a year of bombardment by both the left and the right blogosphere, 'Supreme Leader Jenny Lynch' appeared briefly last week to defend her commissions report to Parliment. It certainly didn't go as well as she probably could have hoped.

Whack! Ezra Levant to appear on CTV and debate the report. Whack! Down she goes. Whack! Mark Steyn offers in Macleans magazine to debate her 'anytime, anyplace'. Whack! Back in her hole. Whack! 1200 files are being collected and examined. Whack! Kathy Shaidle alerts the world to 'The Lynch files', a new website dedicated solely to whacking the CHRC. Whack! Blazing Cat Fur hosts a 'Be mean to Jenny' t-shirt slogan contest. Whacka, Whacka, Whacka!

Now picture how things are going down in the mole lair of the CHRC these days. The 'whack report' of blog traffic must be a pretty disturbing way to start the morning. I'm assuming, of course, that they do start before noon. Bunkered like Hitler was in the last days, visitors are no doubt searched more carefully than Tom Cruise was in 'Valkyrie'. The security to even enter the building has become fierce. Is someone tasting Jenny's coffee? Does Richard Warman have bodyguards? At the very least, I'm sure they're checking their mail and the rear view mirror more carefully these days.

Which is no way to live. Reaching a point where they've become exposed and identified as censorious ruffians is the end of the line, and they know it. Any attempt to hang on to power at this point is foolish, unless you're a government employee whose firm belief that the end is never nigh is hopelessly entrenched.

Which is why it's not enough for us to sit back and just whack away. It's shovel time. Time to dig in and root the bastards out. Left alone, they'll lick their wounds, regroup, and be back in droves before you know it. My shovel says 'Write your MP' and 'tell everyone you know.'
Posted by Don Sharpe at 3:11 PM 2 comments:

That's comment #21, 'Queer Bob' responding to a post at
Blue Like You, regarding the Toronto Gay Pride Parade and it's associated $400,000 tab last weekend. Do I need to mention here that I'm not a hysterical homophobe? If only to keep the discussion on track, yes, I have an 'It's Okay to be Gay' t-shirt.

Well, I'm not going to stay home just because something I don't like is happening downtown, regardless of how many business owners and visitors tell me to, and here's why.

TMT (Too Much Tolerance) is the natural evolution of weak policies or attitudes. 'Gay Pride' is an example of 'red-neck' (I hate to use that term here, having a real cultural fondness for the 'red-neck' get-it-done attitude) homophobia spawning what originated as a backlash and seeking of real justice from the more vocal elements of the gay community. The Gay Pride Parade is the mutation of that quest, and has now exceeded the 'tolerance' of the average Canadian, prompting a backlash of it's own. Funny how human beings are subject to these cycles of less and more.

Diversity education, not singing the national anthem, wearing a burka, not saying 'Merry Christmas'.....these are some of the 'politically correct' touch issues that average, sensible, middle class Canadians are starting to respond to. Enough is enough. We can identify what Joseph Ben-Ami calls a "patchwork of confused and often contradictory policies" coming out of the so-called Conservative Government these days. We can see the erosion of basic Canadian values that we know in our core are essential to preserving this culture.

So too much tolerance is bad. David Warren identifies the same issue, "In two generations, we have witnessed a transformation, and nearly an inversion, of all the moral and ethical principles that guided us through countless generations before."

Mahfooz Kanwar, PHD, Sociologist, Instructor at Mount Royal College and board member of the Muslim Canadian Congress was on the Rutherford Show on QR77 Radio this morning. He reiterated his stand and hit the nail on the head again, as he did this past March 30, with an article in the Calgary Herald. "Increasingly, Canadians feel restricted in doing things the Canadian way lest we offend minorities. We cannot even say Merry Christmas without fear of causing offence. It is amazing that 77 per cent of the Canadian majority are scared of offending 23 per cent of minorities."

"We have become so timid that the majority cannot assert its own freedom of expression. We cannot publicly question certain foreign social customs, traditions and values that do not fit into the Canadian ethos of equality. Rather than encouraging new immigrants to adjust to Canada, we tolerate peculiar ways of doing things. We do not remind them that they are in Canada, not in their original homelands......"

".....I once supported multiculturalism in Canada because I believed it gave us a sense of pluralism and diversity. However, I have observed and experienced that official multiculturalism has encouraged convolution of the values that make Canada the kind of place people want to immigrate to in the first place."

I tolerated 'Diversity Education' for a long time, didn't speak up when they banned saying 'Merry Christmas' at work, and didn't write a letter when they stopped 'O Canada' from being sung at school. I won't be silent anymore, and I don't think mine will be the only voice raised.

I want downtown back. I want it back for all of us.
Posted by Don Sharpe at 11:26 AM No comments:

Ban the Burka - Ban the Veil 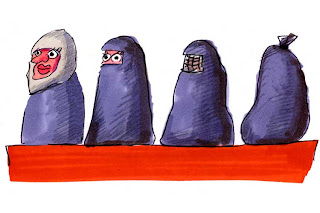 I hear the Gov't just walked away from the 'veil debate'.

"Sarkozy is right to be concerned about what may be behind their wider use (of the burka) in France and Canadians should be likewise concerned if the practice takes hold here--and must offer similar discouragement."

Perhaps it is because you (Conservative MP's) feel it is a 'no win' if the opposition parties vote against it. I'm suggesting that the tide is indeed turning in this country, and the time will come shortly to revisit this issue.

Let's ban the burka in Canada, it has no place in our free society.

Don Sharpe
Posted by Don Sharpe at 12:34 PM No comments:

Rigor Mortis in the MSM

Latest honor killing is in Schweinfurt, Germany where a 15 years old girl was stabbed to death at 3:30 a.m. by her muslim father.
Her crime? "Dissimilar lifestyle outlooks", according to the official police reports, but her friends say her love of hip hop music was what set him off.

In the midst of all this, every msm news segment leads with the death of M. Jackson, singer, accused pedophile and strange bone-owner. Un-be-lievable.
Posted by Don Sharpe at 2:07 AM No comments: 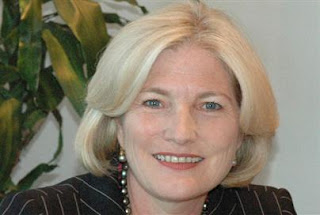 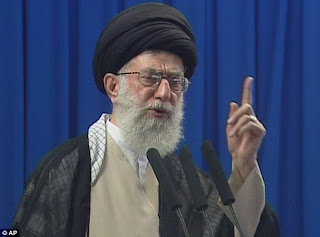 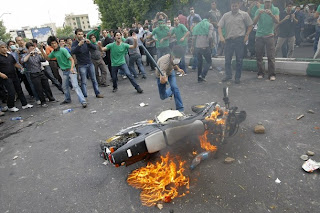 What happens when the Government lies to the people, and gets caught?

Iranians were treated with disdain last week by their 'Supreme Leader', when he announced a winner before the votes were even counted.
This revolution didn't happen overnight, the government of Iran is corrupt, and has failed the people of Iran.

The people of Canada are no different.

'Supreme Leader' of the CHRC Jennifer Lynch and her lackeys have obfuscated, misled and continue to lie to the Canadian people.

How long will it be before Canadians decide, like the Iranians, that they've had enough?
Posted by Don Sharpe at 9:41 AM No comments: 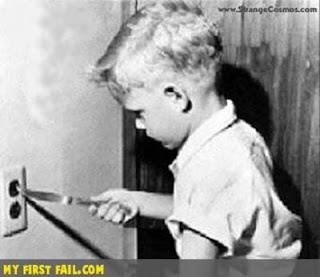 Here's wishing you an EPIC FAIL with your latest attempt at self promotion.

Not an offical Google image.

In Memory: 20 years later, the victims of the Tiananmen Square Massacre.
On June 4, 1989, 100,000 students and workers were protesting for freedom and demorcracy at the Beijing Tiananmen Square.

2500 people died according to the Chinese Red Cross, and 7,000-10,000 people injured. After the slaughter, the US and EU announced an arms embargo on China.

Today, searching information about this incident is restricted in China, and many of the protesters remain in Chinese prisons.

Why would this idiot Canadian schoolteacher slam Oklahoma?

"It makes us look as if we are some southern U.S. state, trying to enshrine some sort of religious dogma into our governing apparatus," says Keith Brownsey, a political scientist at Calgary's Mount Royal College. "Where do we live? Oklahoma?"

Sorry, Gov. Henry, as a Canadian I apologize for this guy's public comments. I admire the state of Oklahoma, it's citizens, and the great western culture that we as Albertans share with them.

I was one of many parents who removed their kids from left-wing social engineering classes from an early age. They've grown up confident and strong, just like good kids in your state have.

Again, I apologize for this political science clown. We have far too many of them in teaching positions here in Canada.

Don Sharpe
Posted by Don Sharpe at 1:06 PM No comments:

"Your crimes have shocked and bewildered the people ..."

Killing his sister and her fiance nets Hasibullah Sadiqi, age 23, the maximum sentence under Canadian Law. Life in prison, with no parole for 25 years.

His crime puts him in the same league as Clifford Olson, an animal who kills children, and a more than adequate argument for the return of Capital Punishment.

h/t Jihad Watch
Posted by Don Sharpe at 6:10 AM No comments: