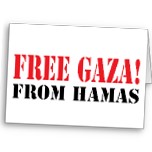 It's that time of year again.  Pali-Stu associations, generally based on your local university campus, will attempt to spin the persecution of Palestinians by their own Hamas leaders into something else.

The MSA has changed their name at UCLA to 'Students for Justice in Palestine' to get around a ban put on their organization by the university, after their behavior on campus during last years protests.  American Power has a report with photos here.

Three years ago the Pali-Stu group set up a fake Israeli checkpoint in the public space at MacEwan Hall on the U of C campus, to 'over-drama' the necessary efforts that country needs to make to keep their citizens safe from Hamas sponsored terror.  It'd be funny if it weren't so banal and sad.

Alan Dershowitz published a terrific article last March in JPost, asking why don't we have a 'Middle East Apartheid Education Week'.  Under they theory of exposing and discussing 'the worst first', all the islamic countries would be exposed and examined long before any discussion of the so-called Israeli apartheid was held.

So this year, during 'Islamic States Awareness Week', ask yourself and your friends who the real oppressors of human rights are: The islamic nut-bar regimes of Saudi-Iran-Jordan-Libya-Tunisia or the only democracy that exists in the mid-east, Israel.

'Islamic States Apartheid Week' info has been posted on the JDL website.
Posted by Don Sharpe at 1:01 PM No comments:

You've sparked the discussion that will end the madness of mainstream multi-culturalism.

Leaders of western cultures across Europe are announcing the official failure of their multi-cult policies.  England's PM David Cameron said so at the 47th Munich Security conference on Feb 5, and French President Nick Sarkozy said it in an interview with TFI on Feb 10.  Last October German Chancellor Angela Merkle got the worlds attention when she said that official multiculturalism had 'failed totally'.

As much as I believe the BQ are out to destroy Canada (after extorting as much funding as possible) I have to thank 'em for doing their part as well by banning kirpans from the legislature and refusing public services for anyone wearing a burka.

Here in Calgary today, Lisa Corbella interviews a raging bigot who says "anyone who wants to live under sharia law can go back to the hellhole country they came from" . . ... hang on, his name is Mahfooz Kanwar. ... he's a member of the Muslim Canadian Congress . . ... and Professor Emeritus of Sociology at Mount Royal University.  This guy is no bigot, he's the 'moderate muslim' we've all been looking for!
Let's hope more of these local voices of reason are heard.

Nobody says it better than Pat Condell!