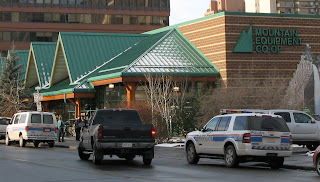 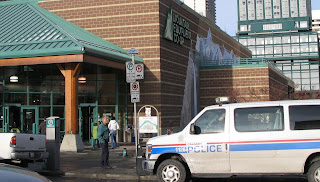 I purchased some 'MEC brand' seamless underwear and a 'Source-Vagabond' water bottle. Upon leaving the store I spoke briefly with the lady with the big sunglasses who had handed me the pamphlet, and showed her the items I had purchased.
She said, "It's amazing how all of you people who support Israel are compelled to come up and insult me by showing me the products you bought when you leave the store." 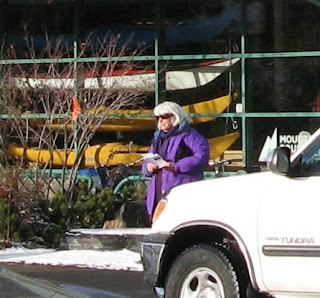 I explained that I felt insulted that she would approach me with her pamphlet telling me what I shouldn't buy. Her fellow protester walked away during the discussion, and the woman herself said she didn't want to discuss it with me any further. 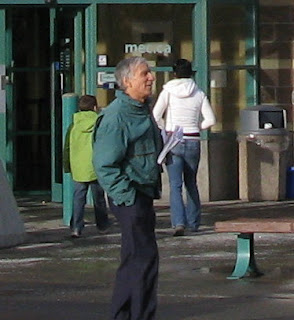 How is it, that you can hand out pamphlets, and then refuse to discuss the issue? It was heartening to hear that there have been many like me purchasing Israeli made products and then stopping to discuss the purchase with the protesters. The police who were present were very polite, maintaining their sense of humor while acknowledging that the protesters do have the right to free speech, something that I support as well. 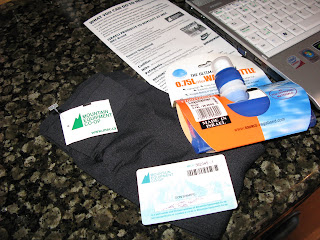 So to close, we'll all look forward to your next protest, and view it as another opportunity to support Israel with our attendance and purchase of the many fine products which are made in Israel. I'll also be voting to support Israel at the next election of board members for MEC.
Posted by Don Sharpe at 1:10 PM 2 comments: 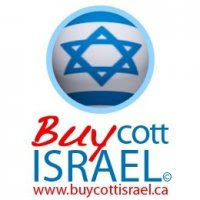 Anti-Israel activists in Canada will be picketing MEC stores (Mountain Equipment Co-op), a 2.9 million member strong retail cooperative, that sells outdoor gear and clothing tomorrow (Saturday November 28) while supporters of Israel hit back with increased efforts to promote a "buy-cott" of Israeli goods.

I'll be at the Calgary location at 1pm, picking up some 'made in Israel' products, like seamless underwear and hydration packs - great for cycling and hiking! Jonathon Narvey has an excellent column in the National Post (Full Comment Section) with an interview of a protester who has said, "If I were in Gaza right now I'd be a suicide bomber." Lovely. Going shopping, anyone? See you there.
Posted by Don Sharpe at 6:39 PM No comments:

On this Wednesday, November 11, 2009 - thousands of Calgarians gathered at the Military Museum to remember our dead, those killed defending our great nation and way of life. 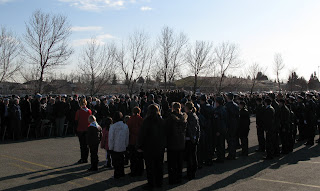 We remember and honor the fallen, and those who survived the conflicts and tell the stories of those who did not return home. 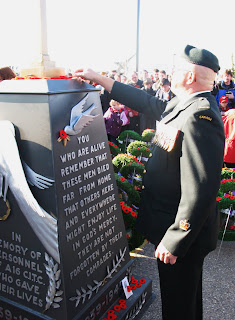 We will remember them.
Posted by Don Sharpe at 11:55 AM No comments:

What a ridiculous statement.

However 'Canucks hate Obama' is no worse than the poll results released from the Historica-Dominion.

HD seemed like a pretty good bunch at first glance. They self-promote as 'the country’s leading advocate of memory, identity and democracy, dedicated to promoting a greater understanding of Canada’s history and the rights and responsibilities of citizenship'.

Yet Andy Cohen, president of HD, asked poll questions that somehow translate into 'most Canadians like Obama' and 'Most Canadians think Obama didn't deserve the Nobel Prize, except in Quebec ,(figures, thought we had a winner there for a minute)'yet the same number of Canadians think 'our (comparative values) haven't changed in the last 4 years' . . ... Whiskey Tango Foxtrot?

Holger Awakens broke the initial story via Brietbart on Nov 1, before even HD 'got it up' the next day.

I'm going right out tomorrow and buy an American Flag, and Steven Crowder's 'Silly Canadians' is a must watch . . .... again.

HD is encouraging dissent against Canada's greatest friend and neighbor, using nebulous (as in hazy, vague, indistinct, or confused) poll data, and lots our tax dollars, no doubt. Anyone with more info on this 'Historical Organization', which apparently was incorporated 2 months ago, please post in the comments.
Posted by Don Sharpe at 2:03 PM 1 comment:

Killed by her father.

By his own admission, this was an intentional act and the reason was that 'his daughter had brought shame on him and his family,' Arizona State Prosecutor Stephanie Low said.

Meanwhile, this Arizona Republic newsreporter calls it a hit and run instead of what it is . . ... a homicide. He writes 'Social experts say honor killings are an accepted practice in Iraqi tribal society, where family members feel they must kill a woman who shames them by not adhering to traditional Muslim or Iraqi values.'

He's either woefully ignorant of the issues surrounding muslim honor killings, or complicit in their commission.
Posted by Don Sharpe at 12:38 PM No comments:

He's a (real) journalist, reviewing a new book by a retired state censor, claiming the media just had a 'hissy fit' over the section 13 debate, currently being discussed before a (real) Parliamentary sub-committee as a result of that same 'hissy fit'.

As is becoming more common these days, (real) Canadians are roasting Haroon in the comments section of his article.

So, both Haroon and Max had the opportunity to eat finger sandwiches and get shirt tinsel from the Governor General? I'm thinking anyone who received an ORDER OF CANADA that they really deserved, would be pretty pissed to see that apparently they'll hand 'em out to just about anyone.
Posted by Don Sharpe at 8:22 AM No comments: