Let's bring down the gavel on 'Islamic Lawfare' 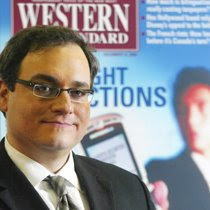 Ezra Levant is being sued, again. This time, we all need to help.

From the start of the HRC nightmare, Ezra has put it all on the line. His reputation, his health, his family, and his finances were all at risk. He never quit. He deserves our respect, and our support!

Please invest in freedom of speech by making a donation.

Mark Steyn is hosting an ONLINE FUNDRAISER at his site to support Ezra's legal defence fund for one day only, Wednesday, July 29, 2009.
Posted by Don Sharpe at 9:25 PM