Posted by Don Sharpe at 7:33 AM No comments:

Common Sense from the CBC

'Day 6' hosted by Brent Bambury shows some with his review of Ezra Levant's newly released work, 'Ethical Oil'.
Posted by Don Sharpe at 8:31 AM No comments:

Bonfire of the Insanities

Ann Coulter said it best.
(This is where liberals stop reading and have a seizure, "Ann Coulter! Zzzap! Sputter, drool....)
Burning the koran is a nasty thing to do.
But so what?
So is changing lanes without signalling, and then giving the finger to whoever you cut in front of. Anchovies on toast is nasty. Putting a Cross in a jar of a piss is really nasty.

Gen David Petraeus' getting involved by saying that burning the koran will just recruit more jihadi's isn't nasty . ... it's insane. He may be correct, but again, so what?

As Ann Coulter says; "If the general's main objective is to hamper jihadist recruiting, may I respectfully suggest unconditional surrender? Because on his theory, you know what would really kill the terrorists' recruiting ability? If we adopted Sharia law!"

Take a look at these idiots on the news, rioting and burning cars - you don't need much more evidence to see that these people are NOT LIKE US.

Now, those 'moderate muslims' we live with - just who are they? Are they going to stand up when their imam shouts 'Death to the Great Satan' and say 'NO!'? Pretty unlikely. And that again is the difference between THEM and US.

Each one of us is an individual, bound together by a set of ideals, the foundation of which is FREEDOM. Freedom from oppression, freedom to assemble peacefully, the freedom to succeed on our own terms and the freedom to give charity to those we feel need help. Negative groupthink only happens in small pockets in western society, and either dies on the vine or is rooted out by the rest of the individuals - who do so to protect themselves and their way of life.

I'd never burn a koran . ... probably. It's just a nasty thing to do.
But I'll defend unconditionally the right of some nasty person to burn one or dozens of 'em. Because it's JUST A BOOK. It upsets me when I see someone burn a Canadian or American flag, because it's an empty, nasty gesture. It burns my ass and makes me want revenge when islamist crash planes and murder thousands of US. It doesn't make me want to kill my neighbors, but it makes me want to eliminate every single one of THEM. For me, it's a simple matter of degrees.

The day islamic ideals of a world wide caliphate threaten our families, football, beer , figure skating and NASCAR - every single muslim better run for cover. Because that crescent symbol will become a target for every free thinking member of the west.
Posted by Don Sharpe at 12:02 PM No comments: 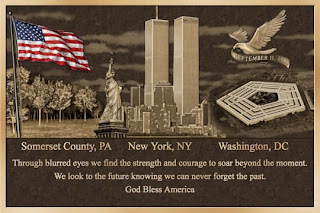 My daughter woke me up.
That was strange all by itself, I'd just finished working a night shift.
My kids all knew that Dad needed to sleep after working all night.
She very softly said, "Dad, you need to come see this . ... please."
"Really? Are you sure?", I said. She just nodded, looking very serious.
"OK, give me a sec, I'll be right there."
As I walked through to the family room, she pointed at the T.V.
All I saw was smoke.
"What's this, is it here?" I asked, meaning here in Calgary.
"No", she said, "In New York".
I remember it like it was yesterday.
The video, the phone calls, and how quiet it was when I went outside and looked up into the sky. Then the celebration in Gaza came on. Pali's cheering and handing out sweets to passing motorist's, celebrating the deaths of thousand of Americans, thousands of Westerners, thousands of us. Us. US!
It's Them against US.
You can make it more complicated than that, but everything you say is bullshit.
It took a while, but I read, I watched, I asked questions.
I'm a fair and open minded guy, who also listens to his gut.
What happened was wrong, and it was the worst kind of wrong.
Chickenshit bastards had murdered thousands of US, and you either mourned or cheered.
Those in the middle, those preaching restraint, tolerance and multiculturalism, I count as ones who cheered.
I remember 9/11, like it was yesterday.
I will never forget. I will never surrender to sharia.
I will never submit to islam.
It's not a religion of peace, it's an ideology of fear, hate and subjugation.
It's more like communism and facism than it is like any religion.
The muslim next door isn't a threat. The muslim who is one of 3 on your street isn't a threat. The muslim who's one of 15 on your street isn't a threat . . ... as long as you do as you're told, kuffar. Then it's turn off your music, cover your women, kill your dog and pay your jizya, infidel.
I want nothing to do with islam, or it's slaves.
They want nothing less than to eliminate US. 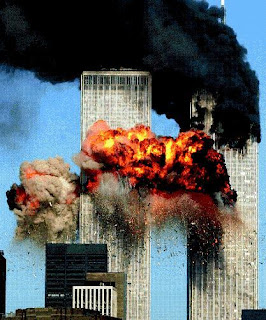 Posted by Don Sharpe at 5:07 PM No comments: 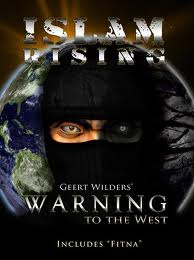 'Islam Rising', Geert Wilder's new film has been released.
Not coincidentally . . ...
Radical Islamic Jihadist's related to the Muslim Brotherhood want to open an Islamic School in West Edmonton.
It may take you a little time to read and develop an understanding of who the Muslim Assoc. of Canada are and why their adherance to the code of the Muslim Brotherhood is so dangerous.
Details on who is behind the MAC islamic school, their statements on funding terrorists and justification of suicide bombings and jihad against the west can be found here.

BCF has more on the 'bridgebuilding' (read: web of lies) connecting M.A.C. and the Muslim Brotherhood with youngmuslims.ca and the RCMP . . ... WTF? The RCMP?
Posted by Don Sharpe at 11:03 PM No comments:

Thunderf00t theorizes, based on a paper for physicsworld.com by Jim Khalili, that we'd all be better off if there were fewer muslims.

After all, if on one hand they're not producing anything helpful, and at the same time blowing up random bits of civilization, there's not really any trade-off to justify having them around.

This also replaces the old argument,

'In the course of the expansion (read: conquest) of the Islamic world, Muslim scholars encountered (read:stole)the science, mathematics, and medicine of antiquity through the works of Aristotle, Archimedes, Galen, Ptolemy, Euclid, and others'

with the question, What have you done for us lately?

Perhaps it is because muslims are such good 'followers' who 'submit'
is what makes them such poor 'leaders' and 'thinkers'.
Posted by Don Sharpe at 11:02 PM No comments: 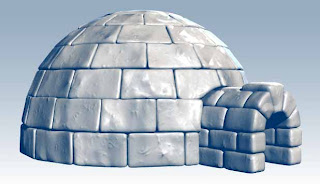 dictionary.com def:
No results found for islamologist:
Did you mean eskimologist?

Origin: Eskimo + -logy
Related forms: Es·ki·mol·o·gist, noun
You ask; So, what are you sayin'?
Nothin', I'm just sayin' . . ....
I wish there were more eskimos.
(h/t Arrogant Worms)
Please, enjoy this short interview with Dutch Islamologist Hans Jansen.
He's reviewing 'Fitna' and describes Geert Wilders as 'having the leftist movement by the balls', and "Islam isn't one of three (religions) Judaism, Christianity and Islam . .... but rather Communism, Facism and Islam".
Hilarity ensues.
Posted by Don Sharpe at 8:47 PM 1 comment: 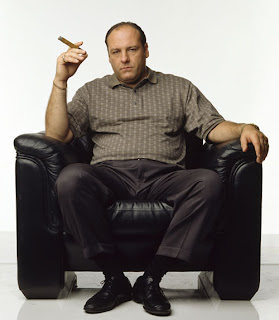 "Give us money and we won't let them kill you."

Shakedown? Protection Racket? You betcha.
How much money is enough, Syed? How much to guarantee our safety?

Don't you muslims have a word for that, that money you make dhimmi's pay to live in a muslim land? Jizya:
- a per capita tax levied on a section of an Islamic state's non-Muslim citizens
- a material proof of the non-Muslims' acceptance of subjection to the state

Like Tony Soprano said, "I won't pay, I know too much about extortion."

As free people, we don't like being threatened. Hey Syed, there might be a little 'backlash'.
Posted by Don Sharpe at 10:11 AM No comments: