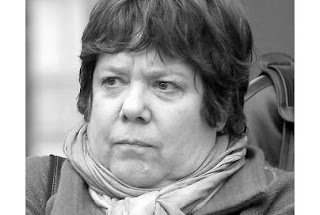 NDP MP Libby Davies has confirmed her contempt for the international rule of law many times. This latest example broke last week on many blogs like SDA, where L.D. Libby (Learning Disabled) Davies was exposed during a video interview. LD's speech at the June 5 pali-rally in Vancouver make her ignorance and her dismissal of Israel's right to exist clear.
PM Harper called for her to be forced to resign yesterday, here's hoping that will happen soon.
She's Canada's own Helen Thomas, mixed with a little Alvin Green (D-SC).
How does somebody this stupid get elected to Parliament?
The NDP has officially become home to the far left lunatics, and those in the Liberal party looking for a reason to scuttle the Liberal/NDP merger have found another way to sink that ship.
Speaking of sinking a ship, how long before Israel gets tired of 'fauxtilla' ships and sends one to the bottom?
Posted by Don Sharpe at 5:34 AM No comments:

I honestly believe that when Geert Wilders described Islam as "a violent, dangerous religion and a retarded culture”, he gave them way too much credit.

Follow this link for the video.
Posted by Don Sharpe at 4:51 PM No comments: 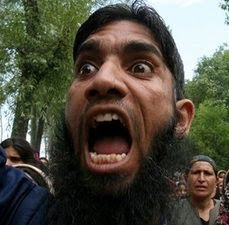 OK, Islamic Rage Boy wasn't there, and it was too bad,
'cause otherwise it was REALLY REALLY BORING . .... 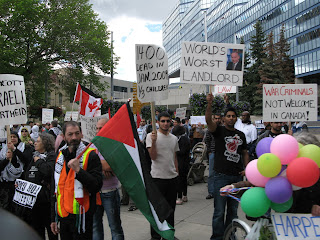 No Hamas or Hezbolla Flags, like there were in the Toronto protest.
Did the 'hardliners' just stay home, or were they at some nefarious kids soccer practice, baseball game, swim meet or what? 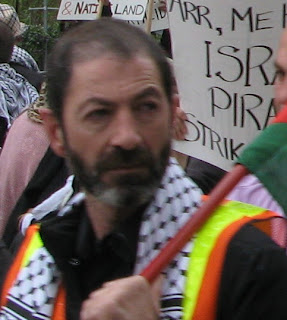 Misguided, gullible, followers of Mo' and friends. Wonder how they feel about the 'reverse flotilla' the Israeli's are putting together to deliver aid to the Kurds in Northern Turkey? 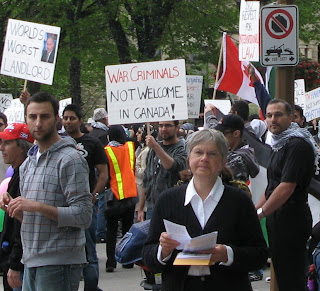 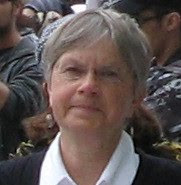 The American Academy of Pediatrics has located their Hypocratic Oath (It must have fallen behind the fridge) and reversed it's decision last month regarding the practice of female circumcision: the idiots had earlier suggested in a policy statement that doctors be given permission to perform a ceremonial pinprick or nick on girls from immigrant families.
Posted by Don Sharpe at 8:56 PM No comments:

While the MV Rachel Corrie (named after a faux-freedom fighter) is escorted by Israeli 'Gaza Concierge Staff' to port - Binks reminds us of the struggles of these three true freedom fighters. 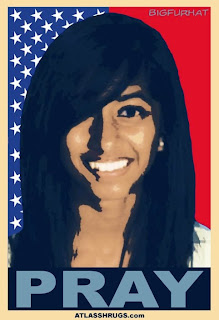 While Maryam and Marzieh, two Christian women imprisoned in Iran for 14 months are free tonight, Rifqa Bary is reported to be gravely ill with uterine cancer. After the months and years of torture at the hands of her parents and the dhimmi legal system, what more can this girl be expected to handle.
Pray for Rifqa, she turns 18 shortly and will have brand new victim status to cope with.
Also pray for binks - hang in, buddy.
Posted by Don Sharpe at 7:31 PM No comments:

In spite of overwhelming evidence to the contrary here:
Blazing Cat Fur
and here:
Blazing Cat Fur redux
here:
IDF video of the pre-planned attack on their soldiers.
and here:
Israeli PM Netanyahu explains why the world believes Israel is guilty until proven guilty . . ... where's the fairness there?
Go here:
There is overwhelming evidence these islamic fanatics knew exactly what they were going to do, and that the whole flotilla was a setup. They knew some of them would die, and that their deaths was an acceptable price to pay if it would cause the world to turn against Israel.
Read here:
There is a theory that the weakening support of the current United States Administration is what is encouraging these Hamas lunatics to challenge Israel, and the head of Israel's Mossad external security force agrees. It's no surprise, really. Bullies always target the weak, and the radical islamists of Hamas are certainly nothing more than bullies. Google 'Gaza children used as human shields' and see for yourself how these cowards operate.

It would be fantastic to get a group of counter-protesters like this one together! 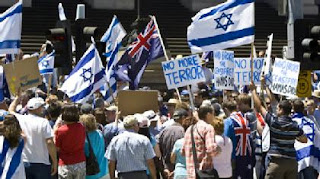 Here is the info on the Gaza Feedom rally tomorrow, have a bucket ready. Remember, this is happening in downtown Cowtown, AGAIN, on a Saturday afternoon, when all the citizens are at home mowing their lawns, or taking their kids to baseball practice. 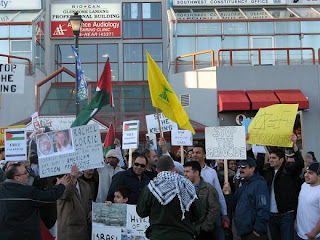 Calgary Protest Against Israel's Attack on the Gaza Freedom Flotilla
Saturday, June 5, 2010 @ Noon (12pm) to 2pm
We will march from the Harry Hays building (on the corner of Macleod Trail & 4th AVE downtown) to the City Hall building

Note: Please wear all black & keffiyeh's and bring any flags or posters with you. Please be respectful, any posters regarded as anti-Semitic will be removed. UPDATE: SPHR Calgary will also be collecting donations for the launch of a Canada & Quebec Ship to Gaza in the next few weeks.
A good question to ask the fools who show up for this and other protests;
Where is the flotilla for the real starving? 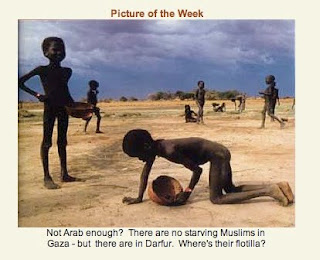 Good Lord, People! If you've spent any of your valuable time watching the above videos, reading the articles and examining the evidence, and YOU'RE STILL NOT CONVINCED of who's to blame for the deaths aboard the flotilla boat, then spend 6 minutes watching Pat Condell explain exactly why the Cordova Mosque being built at 'Ground Zero' in New York must be stopped.

There is protest planned by people who love freedom, security and our Western Culture planned for Sunday, June 6 at the site of this heinous affront to the memory of 3,000 people who died in an act of Islamic terrorism on September 11, 2001.

We must never forget. Nothing will ever drive the Jewish People from their homeland, not even this evil hag, and there is no way islam will ever dominate the Christian West. Never, Ever. Wake up folks, it's almost too late.
Posted by Don Sharpe at 7:26 PM No comments: 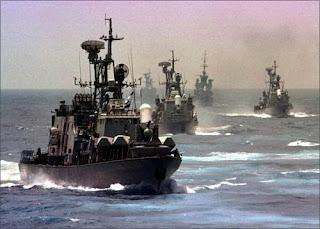 A new 'artificial reef' will hopefully be christened next week, when the Israeli Defence Force sends the MV Rachel Corrie to the bottom of the ocean.
This very appropriate ship is named after the misguided american youngster who was fatally injured while playing 'peace activist' under a bulldozer on the Gaza Strip in 2003.
Posted by Don Sharpe at 6:10 PM No comments: