Dutch politician Geert Wilders is going to be going on trial for ‘hate speech’ this January, on the 20th. His crime? Words, writings, a film. Defaming a religion; offending the wrong people, in the wrong country.

Some people might think that a man going on trial for his words is fitting in a modern, Western nation. Others, who may perhaps harbor more respect for the Western tradition of liberalism and freedom of speech, might find this idea abhorrent and repellent and repugnant.

If you are one who finds this idea – that a man can go on trial for his words – repugnant, then may I suggest that you email, or phone, or fax, or write the Dutch consulate nearest you, and say just that. Tell them that the Dutch government must free Geert Wilders from this political farce, this trial for spoken words and strongly-held opinions.

Here's a list of the Dutch Consulates across Canada, and the world. Below is the Calgary one.

What? Google 'Islam is', and compare that to 'Judaism is' or 'Christianity is' or 'Buddism is'. Speculation on the reasons at Atlas Shrugs.

Islamaphobia is . . ... irrational, says Janet Keeping, ethics queen at SCF(not to be confused with BCF).

Janet states; “With careful thought we can sort the real threats to our peaceful, democratic way of life from what is harmless . . ….”

The problem is, many of those who follow islam subscribe to no such careful thought process. Almost every journalist in the world is so afraid of being killed by radical islamists that only a very few have published the cartoons of mohammed. Your article is so naive, containing no supporting references, that one wonders if you just woke up one morning with the thought, “Maybe today I’ll write about Islam!”

Your rationalizations of human rights gains elicit only laughter from the violent jihadists who cheered when the planes struck on 9/11, when 3,000 people died and the world woke up to the threat of radical islam.

Who’s really protecting women, gays, Christians and Jews equally from people like ‘Mr Exploding Underwear’? Not you, with your silly words and bright smile. A strong capitalist government, with free citizens who are independent of and respected by that government, who value and participate in real democracy, in times of both peace and war. That’s who protects the citizens of this nation. Real freedom is earned every day, and some of those days it’s earned the hard way; with blood, and tears. Our brave soldiers in Afghanistan can tell you that’s how they’re earning it. For all of us.

You say: “Some versions of islam are not anti-women.”
So what? Thousands of muslim clerics acquiesce in, and offer mendacious legal interpretations to support such offenses as wife-beating, polygamy, female genital mutilation, honor killings, forced marriage, forced divorce, and the Saudi practice of “tourist marriage.” (Saudi daily al-Watan claims that Saudis have spent $25 million over the past three years on this scam, in which Saudi men on vacation deceptively marry local women for a summer, then divorce them before returning to the kingdom. Some of this behavior is derived from local cultures, but it has been assimilated by Islamist ideology.)

I’m not willing to give up my culture, my way of life, my freedom – in the name of your cultural diversity. The truth is that radical islam is inherently evil and dangerous, a death cult of psychotics containing thousands of members who will stop at nothing to impose strict sharia law across the globe – people like you crying ‘islamaphobia’ doesn’t change what is the truth.

The Swiss banning of minarets was real democracy in action, and the Swiss people, clearly the most heavily armed and free population on earth, have demonstrated great foresight in preventing the building of any more ‘bayonets of islam’ in their country. It is right and good to mitigate the growth of radical islam by moderating the cultural cancer it spreads. Continue to ‘baaaa: islamaphobia’ if you like, Janet. To radical islam, you’re lamb chops and stew meat. 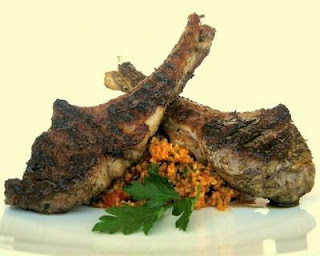