**Update** - You can watch video of the evening here.
- You can read Dr J & Mr K's excellent summary of the event here. 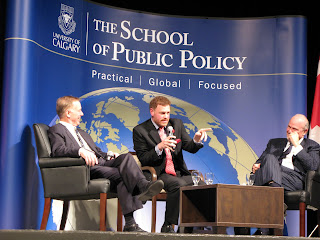 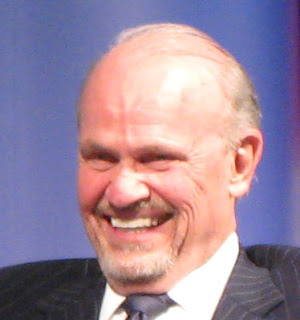 Senator Fred Thompson:
Senior Statesman - reminded us that while he's no longer forced to come up with all the answers, he can speak candidly about how not very much is going to change in Washington, now if ever. New House and Congress members "fought hard to get there, and aren't going to risk everything by making mistakes that could be misinterpreted in their first year in office." He stabbed at the Democrats early and often, pointing out how clear it is that despite the election results, Howard Dean still 'doesn't get it'.

In a rambling and passionate address at the end of the session, he wondered aloud just how bad things are going to have to get. "Are we going to have to hit bottom?", he said, before Americans wake up to the fact that their current levels of government spending are unsustainable. Sen Thompson reminded us that 10% of Americans pay over 75% of all taxes collected by government, and said, "Under the current system, both LeBron James and his barber are considered 'wealthy' in America by the IRS". 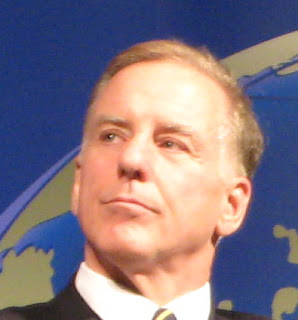 Governor Dean:
Shameless Shill - for the Democratic party, unrepentant self aggrandizing political 'lifer'. Sideswiped the crowd and drove off with lines like, 'There are certainly some racists is the Tea Party Movement, but of course not all Tea Partiers are racists'. Opined that raising taxes and a return to 'the time of President Clinton' would be a wonderful thing. More than once I could only shake my head at what was coming out of Gov. Deans mouth, and afterwards questioned why I and others were so polite not to stand up and Boo loudly at those moments. Oh yeah, I'm Canadian, and he is after all, a guest in our country. Geeez, I still wish I had'a booed! 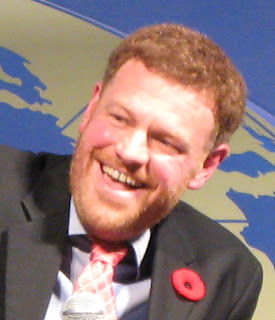 Mark Steyn:
Scimitar-style Speaker - moderated with charm, wit and impeccable timing. Mark briefly regaled the crowd with stories of his run-ins with the HRC's (Humorless Rights Commissions), including his comparison of 'America Alone' with hand-signals under a bathroom stall (Classic!) and had both the crowd and Messrs Thompson and Dean laughing until the tears came.
Sharing the stage with these two powerful opposing speakers, Mark was entertaining and unfailingly polite, at the same time controlling the discussion and allowing both guests to complete their lectures and responses. Mark gave appropriate respect to Gov Dean, balanced with responses like, "The grandchildren of those who came through Ellis Island now live is chi-chi condos and support an enormous government that prevents anyone who now comes through Ellis Island from enjoying that same success!"

Both Steyn and Thompson share what Thomas Sowell called the 'Tragic Vision', while it was never clearer than last night that Howard Dean believes his 'Vision of the Anointed' is the path the Democrats want Americans to follow. Any 'olive branch' accepted by the Republicans during the next two years would be, in the opinion of many folks including myself, an absolute disaster.

I wish the evening had been twice as long, and I wish I'd been able to rub elbows in the VIP reception, but alas, I was not on the 'vetted list'. It was great seeing Ezra Levant and his lovely wife Irena again, and meeting Andrew, Ari and Ryan from Strictly Right who live blogged the event. All in all, a fantastic evening that ended back in the speak-easy with drinks and lively discussion!
Posted by Don Sharpe at 8:59 AM