Every day is Halloween at the CHRC. 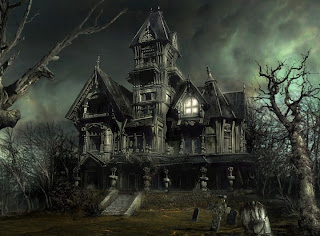 Lynch Manor
For those of you who think the most important news from Calgary last week was the opening of Louis Vuitton at Holt Renfrew, hang up now and dial another number.

The Calgary Herald hammered the Canadian so-called 'Human Rights Commission' again on Thursday, fragging them with a logic grenade and appealing to all citizens and their representatives in Ottawa to "stop the rot .... and reclaim an old liberty."

Ezra Levant and Mark Steyn both appeared before Ottawa MP's in the Parlimentary Committee investigating the CHRC's, answering questions and schooling the Members on just how atrocious and unjust these thieving liars of the commission really are. Watch the whole hour on youtube, 10 minutes at a time, from the link on Ezra's site.

With Halloween just around the corner, wouldn't it be appropriate to build a 'fright house' that resembles a CHRC investigation rather than a traditional haunted house? Ask Ezra, Mark, or anyone else who's ever been hauled through the mill by these Leatherfaced investigators which is more likely to turn your bowels to water? A witch yelling boo, or a petty bureaucrat chainsawing their way through fundamental rights of privacy and fairness, tying people up in red tape and yelling, "Truth is NOT a defence!" 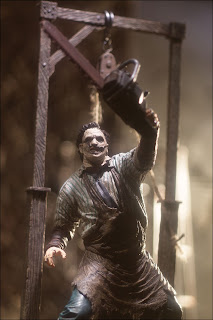 Children should be afraid to go to sleep at night, worried that Richard 'Freddy Kruger' Warman will arrive in their dreams and scratch out their fundamental right to free speech with his long metal claws. They should cry for their mommies, "Don't let Dean 'Dracula' Steacy suck the lifeblood of liberty and my right to a fair trial!"
Oh goodness, I could go on and on . . ... you get the picture. Write you MP, tell 'em how scared you are. Hallmark makes some lovely Halloween cards.
CHRC 'Action Figure'